Is there a Hidden Secret in the Fajr Prayer? 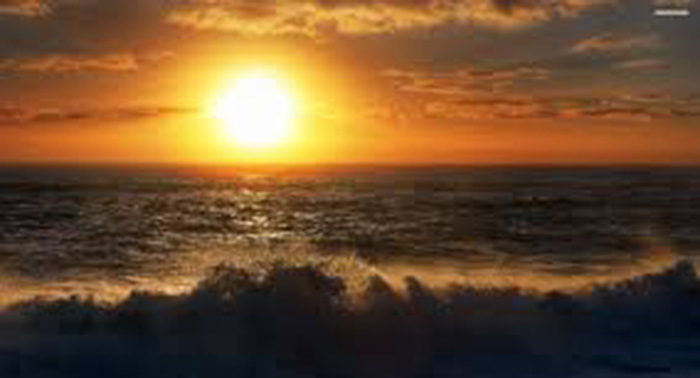 Why does Allah order us to wake up at dawn to pray?

Have you ever wondered why Allah asks us to wake up to pray at dawn?  Is it just a time to pray or is there some hidden meaning behind it?  Is there a secret inside?  First, you should understand that Allah commands us to pray at dawn.  Allah says in His Quran, “Establish the Prayer after the declining of the sun to the cold darkness of night, and also the recitation at dawn.  Indeed, the recitation of Fajr is witnessed.” Surah al-Isra (Holy Quran, 17:78)

What is Allah hidden gift for us from this prayer?

For the past three years I have been suffering from a sleep disorder.  Every time I travel to another part of the country and come back to Michigan, I have trouble sleeping.  Many nights I lay awake at night from one o’clock to dawn, tossing and turning.  In the beginning I would be able to sleep some, but as the months wore on, I got less and less restful sleep.  Living with this predicament was frustrating, fatiguing, and a tremendous sense of anger.  “Why can’t I sleep?”  I asked Allah.

I tried herbal tea.  Friends suggested exercising daily so that I would be tired.  I even turned finally to prescription sleeping medication.  They sometimes helped but not much.  One night I was laying in bed trying to sleep, getting more and more upset.  Finally, I heard a voice inside me that said, “Leave the bed?  Go remember God. Do your Dhiker.“  Still, I was too exhausted, and I wouldn’t get out of bed.   This went on for months.  Finally, one day as I was reading some Sufi pomes from the great Sufi master Rumi, I came across a special poem that spoke to my difficulty.

The poem was titled: Don’t go back to sleep

“The breeze at dawn has secrets to tell you.  Don’t go back to sleep.

You must ask for what you really want. Don’t go back to sleep.

People are going back and forth across the doorsill where the two worlds touch. The door is round and open.

Don’t go back to sleep”. – from Essential Rumi by Coleman Barks

I read this poem over and over, trying to understand the meaning.  I also looked up what our holy prophet (saws) said about this holy prayer in his Hadith.

“There are angels who take turns in visiting you by night and by day, and they all assemble at the dawn (Fajr) and the afternoon (Asr) prayers. Those who have spent the night with you ascend to the Heaven and their Lord, Who knows better about them, yet asks, ‘In what condition did you leave My servants?’ They reply, ‘We left them while they were performing salah and we went to them while they were performing salah.’” Prophet Muhammad (SAWS) [Bukhari, Muslim]

The words of Rumi were like a medicine for my heart.  Slowly began abandoning the idea of needing to sleep.  I began praying more.  I left the bed when I was not sleepy and began spending time with my Lord.

Amazingly, I began to feel better.  I was like some magical nourishment began to be poured into my body.  The more I prayed the less tired I felt.  My anger began to subside.  Even when I slept only a couple hours, I felt a new strength.  Hope had entered my heart. Our Shaykh and guide, Sidi Muhammad al-Jamal writes in “He Who Knows Himself Knows His Lord,” that Allah only wishes for us the good.  Everything that his gives us is a way to move us back to him.   He tests us, and in the test there is the breath of love gently caressing us.  Everything is in the way of the Love.

So my beloved friends, the next time you look at your clock and you see that it’s time for fajr prayer, don’t groan.  Don’t complain.  Try your best to get out of bed.

A healing awaits you.

Prayer is better than sleep.

If you aren’t getting up for fajr prayer, buy a special clock with that has the adthan.

Or consider making sure your phone has an app for the prayer times. You won’t regret it.