ll sufi paths have a guide. The guide is just that – a guide. He guides his students from the beginning through the stations of spiritual ascension to levels of completeness. He is always working hard to direct the spiritual progression of his students, taking great care to be certain that each has the greatest opportunity to reach their goal. The goal, in the case of one on a sufi path, is to the uncovering of the true Reality of God that exists inside the heart of each human being. The guide acts not as a middle-man between his students and God, but as a way-shower, ever pointing the way on the path. The true guide has nothing from himself and takes nothing for himself. He knows and lives the Reality that everything is from God and all things are returning to God. The true guide is the guide leading to the complete unity with God.

This path, the Sufi Path, is taken directly from the teachings of all the Prophets and Messengers that God has sent to the earth. It is said that God has sent some 124,000 Prophets, some of which are known such as Abraham, Jesus, Moses and Muhammad. It is a path of love and peace. Being in the realm of Sufi-Sunni Islam, you will note that the Tariqah (Silsilah) of the noble.

Shaykh is based on a clear methodology of adhering to the Qur’an and Authentic Sunnah. The
essence of Tasawwuf (i.e. Sufism) is found in the Hadith of Jibril in which the Prophet
(Sallallahu alayhi wa aalihi wa sallam) is asked about Islam, Iman, and Ihsan (see ‘Hadith of
Jibril,’ page 28). By undertaking these spiritual and academic activities, the aim is for you to
develop knowledge and understanding of Islam, Iman, and Ihsan, as this approach is the way of the Sunnah. 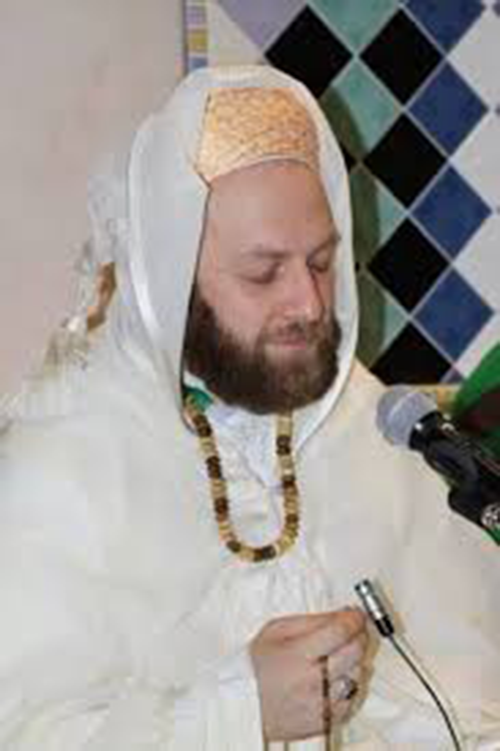 Why You Need a Guide?

Bismi’llah ar-Rahman, ar-Rahim
In the Name of God, the Merciful, the Compassionate

Walking the Sufi Path of Love is a special endeavor. You cannot reach Allah just by reading a book or thinking about walking the path. You can’t even do it by yourself.

Listen to what the Shaykh says in the Sufi text: Music of the Soul.

“You cannot reach these thing from the tongue (discussing or talking about it) or just by opening a book and reading (reading, even though good isn’t enough). It is necessary to follow the family of God, who knows how to ride in the saddle of the horse and who knows how to sail in the ship which crosses all the seas. This ship, the ship of the family of God, looks exactly like the ship of Noah. It is sea worthy in the ocean of the truths of God and this sea is so deep. It is not any traveler who can guide this ship, the ship of God. He must know all the secrets”

Teaching: Who is the Guide

The guide, who shows you the way, is your brother. You cannot see the way if you do not know what you feel or what you are when you follow. You are the way of the truth. To walk in the way if very difficult because you meet with darkness and many troubles. You need to have the guide to help you and to take your hand. If you do not follow the guide who know the way well, you will not know. How can you reach God if you do not follow the person who has reached God? He has walked the way before you, and has reached the highest station. He knows how to walk, and how to cut through difficulties and troubles. He knows what is good and what is bad and the right and wrong ways of this world.
It is necessary for you to search for the guide. When you find him, follow him. How will you know him? The guide carries all the qualities of God. You can know him by watching the way he walks.